No matter how hardcore of a trout angler you may be, there are still days when you either won’t or can’t go out on the water. This is especially true in winter. Maybe your waders sprung a leak last time and you haven’t fixed it yet, or you got off of work and it was already dark out. During the winter months, lakes can be frozen over or inaccessible. Here are a few basic trout flies that will catch fish when the weather is not conducive to fishing, and can also give you some good practice with materials and proportions.

Similar flies to buy if you don’t have time to tie:

There are lots of things in the water that are small darkish blobs. Some, if not most of them are mayfly nymphs. This fly can be tied on nymph hooks from 12-20 but most commonly sizes 16 and 18. For the most part, they live in shallow riffles with slow to moderate flow and are available to trout year round. The main mayfly that will be available to a trout in the winter time is part of the Baetidae family, colloquially referred to by anglers as "baetis", "blue wing olive", or the shorthand “BWO”. The main things you should know for both the nymph/wet and the dry are that they have three tails, a slender thorax, and a wide abdomen/head.

BWO nymphs can have two broods in one year, but fall and winter are the times when they are most available to trout. Typically, there are not many other bugs hatching during this period either, which encourages the fish to key in on them even more. They follow a standard mayfly life cycle, living as nymphs, emerging during the day, and returning to the water as spinners/egg layers sometime during early afternoon. Look for the dry action to happen on cloudy days where the temperature is above freezing. Usually the warmer the weather, the more active the bugs will be and the cloudier the sky is, the longer the hatch will last. These rises are sometimes not very noticeable either, so take a few moments to observe a soft seam or back eddy if you see some mayflies flying around.

Stoneflies are the hallmark of most healthy trout streams in the western U.S. They need cold, clean water just like salmonids do. Typically the more stoneflies there are in a stream, the better the trout population is. If you’ve ever seen one of these it’s easy to see why. There are small ones, all the way down to size 20 and sometimes smaller, but most of them are numerous enough and clumsy enough to get trout attention 12 months of the year. The main attraction is of course the grand spectacle known as the Salmonfly hatch, occurring in late May/June in most places. While this is certainly a great time to be on the water, it doesn’t last forever and really is only the tip of the proverbial iceberg when it comes to stoneflies. Most of the stoneflies you will tie will be imitating Salmonflies, Golden Stoneflies, and winter/spring stoneflies. They differ from the mayfly nymphs in that they are broader throughout their body, and have only two tails and two prominent antennae. I typically don’t tie antennae on because it doesn’t really seem to make a difference and they tend to mess with your tippet a bit, but your mileage may vary. Stoneflies will live in similar areas to mayfly nymph habitat, albeit in slightly deeper and rougher water.

Materials you will need for the stonefly nymph:

Hook sizes range from 6-18 but the ones I carry in my box the most are a dark stone in a size 6, a golden stone in a size 8, and a smaller dark winter stone in a size 14. You will also need thread (dark colors help to match with the rest of the materials), tungsten bead heads or brass bead heads (size of the hook determines the size of the bead), fine wire, medium round rubber legs, and stripped goose biots. There are a few modifications you can make to this fly to

tweak it to your liking. You can add a wing case with a few different kinds of materials, such as turkey feathers or rubbery plastic wing case material. You can also use soft hackle feathers such as partridge or grouse in lieu of rubber legs for more movement in the water.

Similar flies to buy if you don’t have time to tie:

Midges are everywhere, and their imitations are the bane of people with cold hands. They are tiny, but there are usually large numbers of them and they can be a staple food in the winter months, especially in tailwaters such as the Crooked River. These would be my least favorite ones to tie, but you can’t ignore their effectiveness. Sometimes trout just aren’t going to eat anything big, and these are the easiest things to tie that will work when the fish downsize their meals.

There are only three materials for a basic midge: Thread, fine wire, and a bead head. You can also substitute chironomid braid for the body instead of using thread wraps and wire to save a bit of time. You can tie them on curved or straight hooks, but I tie them on straight hooks simply because it’s slightly easier.

Other flies that can do well in winter:

The UV Roe Egg is an easy alternative to beads or glo-bug type egg imitations. You can scale it up or down depending on how big or small or heavy or light you want the fly to be. We sell the fly itself in a size 14 and all the materials at the shop if you want to do your own thing. Whitefish spawn in the winter months, as do some redband and browns so there are at least a few eggs drifting around pretty much everywhere this time of year.

October caddis dries are very sporadic in the winter, being exceptionally dependent on warmer weather, but the nymphs and pupa are consistently available in spring creeks such as the Fall and Metolius rivers. As a nymph, it can be a alternative heavy fly to get down on the Metolius, or a larger dry to prospect with if you're sick of waiting for a midge or BWO to show up.

Trout certainly can get more sluggish in the winter, but so can sculpins, chubs, and other baitfish. Trout probably won’t be chasing down your bugger from the other side of the pool like they might in the warmer months, but they won’t pass up a meal that looks easy either. Fish will hold in shallow riffles sometimes in the winter and I have had some memorable days on small streams swinging buggers in water 2-3 feet deep that most people would just wade through. Bull trout are also almost always game to eat a large streamer. Being char and adapted to colder temperatures than trout, they don’t lose as much of their metabolism as the trout do in the cold of winter. It's also a lot easier to tie a size 1/0 hook to 10 lb tippet when it's 20 degrees outside than it is to tie a midge to 6x. 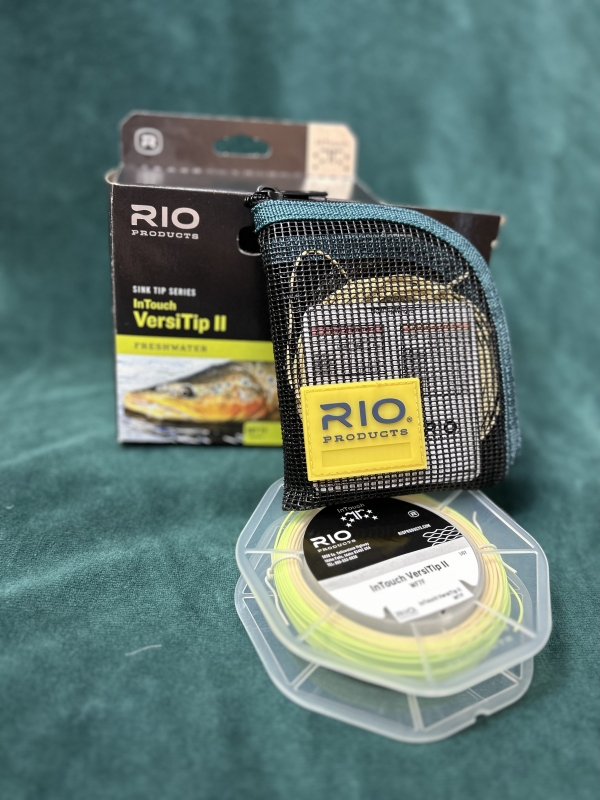 How to utilize this effective swinging gear.

What to look forward to over the next couple months.

Must have gear for tyers of any experience level.